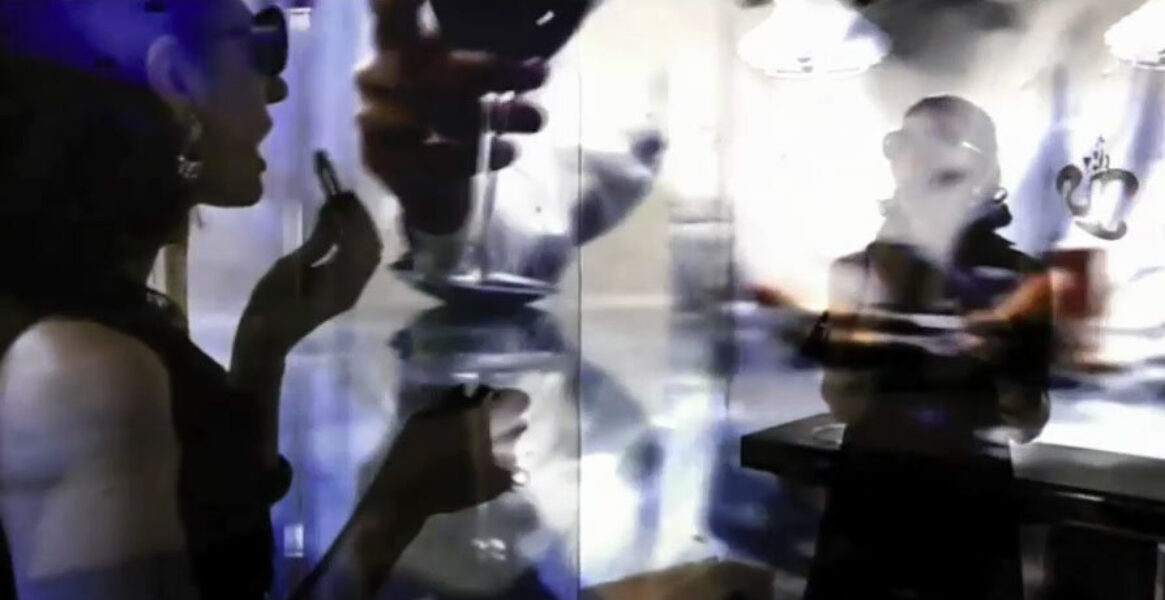 Weaving dreamily through the rooms and corridors of a dilapidated Milanese villa, filmmaker John Maybury captures the latest creations from British design icon Nigel Coates. Shot inside Coates’s Casa Reale exhibition of new furniture and lighting designs during Salone del Mobile last month, Maybury filmed the entire short using the video function of his Leica still camera. “It was a return to experimental filmmaking for me,” explains the director, whose oeuvre includes music videos for Sinéad O’Connor and Neneh Cherry, and the Frances Bacon biopic Love is the Devil. “Nigel’s work is about so much more than just the objects—it’s about their interaction with space, this complex, intertwined relationship.” Former head of architecture at the prestigious Royal College of Art in London, Coates has designed products for famed producers such as Fratelli Boffi and Alessi, and has examples of his work in the permanent collection of the V&A. “I wanted to make a royal place out of a decrepit apartment—to give the peasant house a sense of royalty,” says Coates of the Milan exhibit. “Those kinds of contradictions are what drive me. We can take whatever place we live in, and create a bit of grandeur and playfulness in our lives.”